When customers are not satisfied with a purchase and want their money back, they have two options. One is to request a refund, and the other is to initiate a chargeback.

A refund request is settled directly between the customer and the merchant. A chargeback, on the other hand, involves several parties and is more time-consuming and costly for the merchant.

The problem with chargebacks is that it is often unclear what this procedure entails. Furthermore, the term itself is often used interchangeably with the word dispute.

The ambiguous usage of the words chargeback and dispute can cause misunderstandings. To clarify the issue, we examine the differences between the two terms.

Note: For more on the differences between a refund and a chargeback, refer to our article Chargeback vs. Refund: Differences and How to Handle Them.

Chargebacks vs. Dispute: Definitions and Differences

Let's look into the chargeback procedure to understand how disputes fit in the process.

The process consists of the following phases:

To summarize, the issue of chargeback vs. dispute is one of inconsistent use of terminology. Each bank or payment service prefers one term over the other, thus causing ambiguity.

Note: Learn also about retrieval requests and how they compare to chargebacks.

Why Do Disputes Happen? 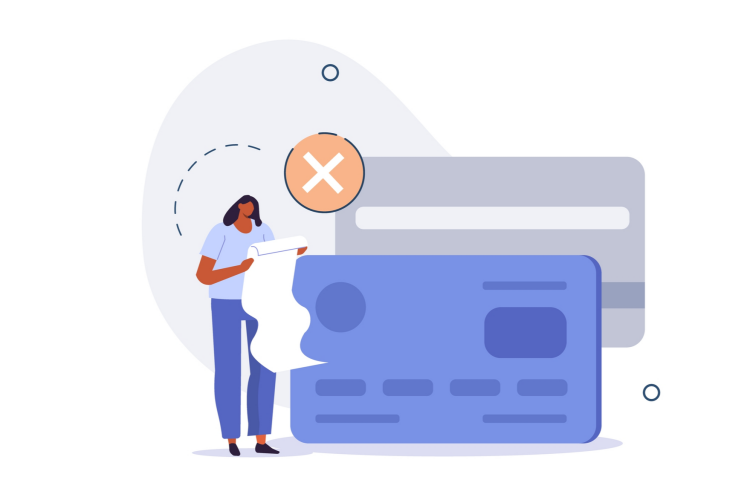 There are three main reasons why customers initiate disputes.

1. The Customer Does Not Recognize the Charge

Most disputes stem from charges the customer fails to recognize. They may have been conducted by other authorized users (i.e., family members), or the customer may have forgotten about a recurring charge (e.g., a subscription fee for a service). A mismatch between the name of the merchant and what is printed on the billing descriptor can also cause this kind of problem.

2. The Customer is a Victim of Fraud

In some cases, the customer is the victim of credit card fraud. When this occurs, the merchant has little choice but to accept the chargeback. This is a frequent cause for chargeback requests.

3. The Customer is Unsatisfied with a Purchase

Some disputes begin when a customer thinks they did not get what they paid for. Lost or damaged products are commonly cited as a reason, but this usually merits a refund, not a chargeback. However, if the refund request fails for whatever reason, the customers can initiate a chargeback procedure.

How to Deal with Disputes as a Merchant?

When customers file a chargeback request, the bank may send the merchant an inquiry and postpone returning the funds to the customer for a while. This gives the merchant a chance to provide evidence to support their claim that the charge was legitimate.

Merchants are advised to respond to these inquiries as soon as possible. Failing to do so will cause the bank to proceed with the chargeback. The bank will also issue chargeback fees or penalize the merchant in other ways.

Note: Banks and card issuing companies closely monitor the number of chargeback requests a merchant receives. To avoid a high chargeback rate and being labeled a high-risk merchant, read our article What is a Chargeback Rate and How to Calculate It.

How to Fight a Chargeback as a Merchant?

If a merchant decides to fight a chargeback, they can do so via representment. This is the act of presenting evidence to confirm that the initial charge was valid. The card issuing bank reviews the new evidence, and compares it with the evidence provided by the customer.

During arbitration, the card network becomes involved. They review the evidence and reach a final decision. Whichever party loses the arbitration has to pay additional chargeback fees.

As you can see, the problem between the terms chargeback and dispute is one of inconsistent and ambiguous use by different stakeholders. Both terms are often used in the same context, and some organizations prefer using one over the other.

It is important to remember that while some form of dispute is unavoidable when running a business, chargebacks are costly and affect a merchant's reputation. As a merchant, do what you can to avoid them by implementing robust anti-fraud solutions and performing due diligence to ensure customer satisfaction.

Let's Get You to the Right Place.

Did you find CCBill.com on your statement or have a question on a purchase?

I am a Consumer

(For Shoppers, Buyers and Subscribers)

(For Merchants and Businesses)